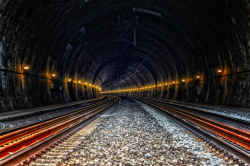 Caretaker Transport, IT and Communications Minister Georgi Todorov has relieved of their posts the Chairman of the Board of Directors of the Bulgarian State Railways (BDZ), Grigori Grigorov, and Nikola Vassilev, Executive Director of BDZ Holding, the BDZ Holding said in a press release on Tuesday. The reason for the dismissal of the two is the worsening performance of the company in 2021 compared to 2020.

From the start of the year to date, passenger train delays amounted to a total of 71 333 minutes, by 4,710 trains. Furthermore, the poor state of the rolling stock and the poor organization of rail cargo services have caused a decline in customers, the press release says.

The BDZ passenger division has been experiencing a shortage of rolling stock in proper working order for years now, while the implementation of programmes for train repair and modernization of engines has been delayed. Yet anther problem is that an order for 15 Siemens Smartron electric train engines for BDZ has been found to deviate from the European requirements for interoperability and from the national plan for implementation of the European Rail Traffic Management System (ERTMS), the EU-wide signalling and speed control system.

More irregularities have been identified in public procurements for repair of train carriages and train security.

Another major problem is the poor hygiene of passenger trains, the Ministry said.

The cargo division of the BDZ has lost major customers, and has unpaid debts for infrastructure fees and electricity. Also, repair works programmes have not been implemented./BTA